The Fascinating History of Kitchen Designs

Posted at 16:26h in Uncategorised by admin_aphex

Kitchen design has changed dramatically over the years as each decade of the last century has brought new ideas and applications into the mix. The kitchen area wasn’t always the place for everyone to relax and socialise in.

As recently as the early 1930s, kitchens were strictly functional, offering only a place to cook the food and clean everything up afterwards. The mid-1930s saw the kitchen slowly becoming a more dynamic space with the introduction of breakfast bars and efficient cabinets for storage.

However, during the Second World War, no further emphasis was put on design, and functionality once again became the focus. After the war was over, new elements began working their way into kitchen designs, building a foundation for the more familiar layouts that are still in use today. These additions included tiled worktops, coloured appliances and chrome stools.

While the 1950s saw families invest more heavily in their kitchens, the 1960s is when concept kitchens began to develop. This was the decade in which the kitchen became a place to socialise, rather than just a place to eat food and wash up.

The open plan seating areas that people still love today were first introduced in the 1970s. The 1980s expanded on this and was a time when kitchen designs became bigger, bolder and brighter; much like everything else in the decade. Pastel cupboards, tiles and new appliances were introduced, along with floral fabrics that hadn’t been utilised for this purpose before.

The 1990s put less emphasis on bright colours and instead focused on simpler tones, with greys and browns being a particularly popular choice. Black and white tiles, as well as light cabinets, were also a very common choice for homeowners all over the Western world.

Nowadays, modern kitchens incorporate various additional spaces for eating, relaxing and even working. Optimising your kitchen space to match your specific requirements and daily schedule is what Aphex Home Installations specialises in.

Find out how designs of the past could apply to your new kitchen by getting in touch with our team today! 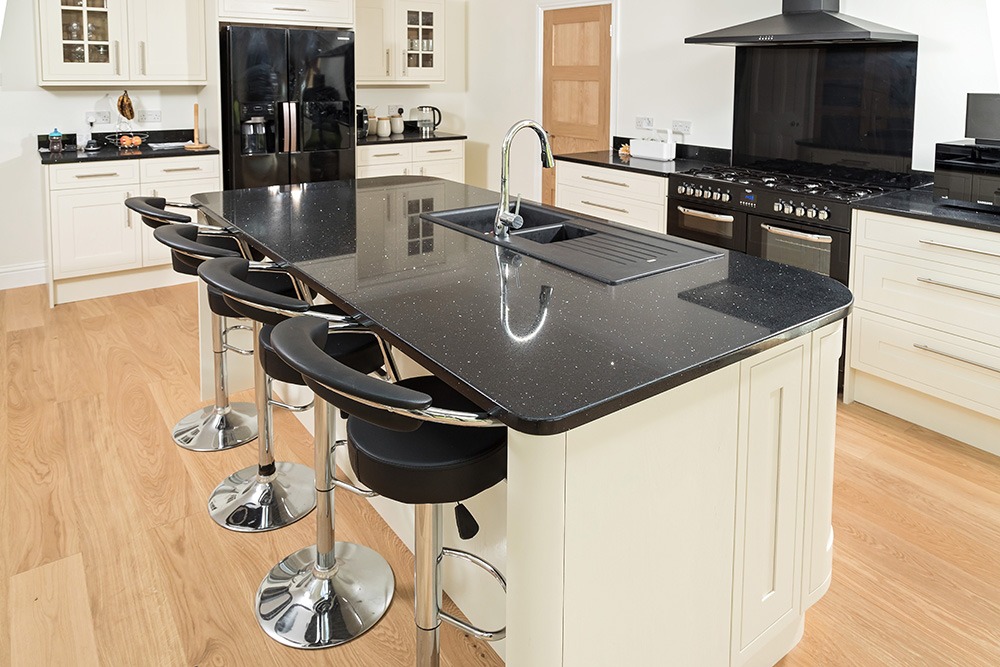 Take a look at our reliable Checkatrade reviews that we are extremely proud of!

A diverse skill base


If you require a service that has not been listed, please do not hesitate to get in touch today and we will go through our full list of services. The team at Aphex Home Installations have a diverse skill base including plumbing, electrics, tiling and many more which will ensure a speedy completion of your project.

Get in touch with our team today.